Celebration of the British-Italian Society’s 75th Anniversary in 2016 prompted us to recall the origins of the Society, which are quite different from those of other bilateral cultural societies in the UK.

In 1940, when Mussolini led Italy into the War on the side of the Nazis, a group of prominent individuals in London, who knew Italy well, felt a duty to promote the overthrow of the fascist regime and to remind the British people of the true Italy and its deep-rooted friendship with the United Kingdom. This group, which comprised academics, politicians, broadcasters, journalists, members of the London Council of the British Institute of Florence and former British residents of Italy began to meet regularly for discussions. In Spring 1941, in the darkest days of the War, they formed the Friends of Free Italy (echoing the Friends of Italy founded by Mazzini in London in 1851). They appointed scholars of international renown, Sir Frederick Kenyon, Sir David Ross and Professor GM Trevelyan, as President and Vice-Presidents to serve as figure-heads. But the moving forces, and the first Chairmen, were Ivor Bulmer-Thomas, who was elected to Parliament shortly afterwards, and Hugh Wyndham (who later became Lord Leconfield), President of the London Council of the British Institute of Florence. Although the membership included Italian exiles and Anglo-Italians, the group deliberately portrayed themselves as British, in order to demonstrate that Italy still had British friends.

Many of the Italian members were also members of a separate Free Italy Committee, later renamed Movimento Libera Italia, in London. This movement was not harmonious, and eventually fell prey to self-destructive arguments between the Socialist and fiercely anti-clerical majority and Catholic followers of the Partito Popolare, forerunner of the Christian Democrat Party.

When the fascist regime was overthrown in 1943, the Friends of Free Italy felt vindicated. They began planning to transform their activities and attract wider membership. Ivor Bulmer-Thomas launched an Anglo-Italian Parliamentary Group and invited the same speakers to address this group inside Parliament and the Friends of Free Italy outside. This latter group developed close ties with Count Sforza, the anti-fascist former diplomat and Foreign Minister (1919-21), who was living in exile in London from 1940 but returned to Italy in 1944 (and became Foreign Minister again in 1947); and they maintained a firm policy of rejecting any Italians who had compromised with fascism. This caused some friction with the British Government. The Foreign Office was sceptical about exiled politicians: it doubted whether they would be accepted back in Italy after the War. In addition, Churchill had been keen that the King should remain on the throne, in spite of his earlier collaboration with Mussolini. 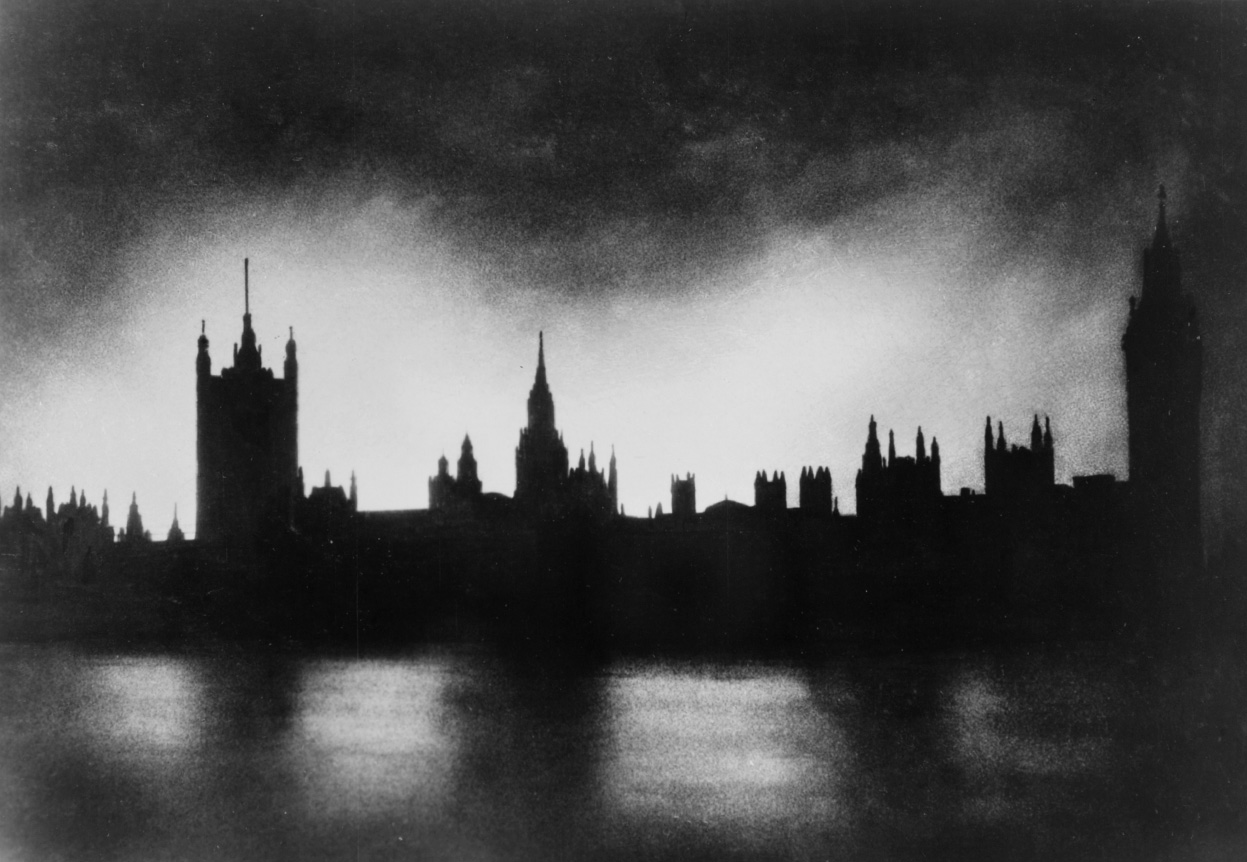 The Foreign Office also feared that the Friends of Free Italy might publish articles at variance with Government policy. The Friends did distribute a series of pamphlets during the war: The Problem of Italy (1943); A Free Italy in a Free Europe (1944), a plea for a united Europe; Italy works her passage (1945), an account of support given by partisans to the Allied cause; and finally The Question of Trieste (1945),a scholarly and balanced study of a burning and controversial issue at the time.

At a general meeting on 3 March 1945, the Friends of Free Italy decided unanimously to change their name to the British-Italian Society and to adopt a new constitution. Their new aims were: ‘to increase understanding in Great Britain of Italian history, Italian institutions, the Italian way of life and the Italian contribution to civilisation, to encourage and promote knowledge of the Italian language in Great Britain and to encourage and promote the traditional friendship between Great Britain and Italy’. Membership was open to British and Italian nationals who shared these objectives, provided that the Executive Committee was satisfied as to their suitability. Clearly the Society remained wary of infiltration by former supporters of the fascist regime.

Once the War was over, neither the British nor the Italian Governments had any qualms about endorsing the Society. Sir Percy Loraine, former British Ambassador in Rome, and Count Carandini, Italian Representative (later Ambassador) in London, readily agreed to become Patrons. Membership of the Society was boosted by the return of members of the armed services, some of whom had served in Italy and formed a lasting attachment to the country and its people, and by those engaged in the UK in propaganda or other clandestine wartime activity to liberate Italy.

Three episodes highlighted the Society’s role in the 1950s. The first was the Italian Representative’s decision to seek the Society’s advice on, and help with, the inauguration of a new Italian Institute in Belgrave Square in 1950. From the outset – until a reorganisation of Italian Cultural Institutes in the 1970s – the Society and the Institute cooperated closely and offered reciprocal membership. The second was a well-publicised visit to the UK by five former partisans, which the Society organised later in 1950, to reward them for their courageous help to the Allied cause. Then, in 1953, it organised a repeat visit for a similar group of ex-partisans from Northern Italy to coincide with the Coronation. These visitors were astonished to witness an example of English eccentricity, Lord Leconfield travelling in his full robes to the Coronation at Westminster Abbey on the London Underground!

Having spent the war trying to counter anti-Italian feeling in Britain, the Society faced a different challenge in the following years. Resentment at the terms of the Peace Treaty, and over the Trieste issue, produced a wave of anti-British feeling, and even riots, in Italy. By the end of 1954, however, with the Trieste issue resolved, the departing Italian Ambassador was able to ask rhetorically, in his farewell address to the Society, whether there was any further need for a British-Italian Society. He wondered whether the Society might have proved a victim of its own success. The founders strongly believed that the Society did still have an important role to play. It was not until well into the 1950s that they felt confident that democracy was firmly established in Italy.

As the political and economic relationship between Italy and the United Kingdom grew closer, the Society’s role evolved to focus more on celebrating cultural links and on friendship. From the beginning, the programme had been based on a mix of scholarly lectures on political, cultural, economic, and social themes and social gatherings, including an annual dinner dance at the Savoy. In the 1960s the Society offered a platform for visiting Italian statesmen to meet and address British audiences. In 1963 the then Chairman, Sir Ashley Clarke, inaugurated the annual Leconfield Lecture, in memory of Hugh Wyndham, to be given by a speaker (invariably from Italy in the early years) of particular distinction.

Rivista began as a roneoed monthly bulletin for members, Notiziario Italiano, in August 1946. It was transformed into a bi-monthly printed magazine, and renamed Rivista, in 1963. The original newsletter carried the texts of lectures, occasional contributions from members and re-published articles and editorials from Italian newspapers.

The Society has always taken its role as a charitable donor seriously. It began in 1948 by adopting a war-damaged village in Southern Italy, Palinuro, and building an asilo there for war orphans. Since then, it has contributed to relief activities after several natural disasters in Italy, including the earthquakes in Friuli in 1976 and in the South in 1980. Sir Ashley Clarke, and his predecessor as Chairman of the Society, Lord Hastings, organised the national committees which provided help in response to the damage caused by the terrible floods in Northern Italy in 1966. This resulted in the creation of the ‘Venice in Peril Fund’, with which we retain strong and valued links.

The British-Italian Society may no longer have a vital role to play in keeping alive friendship between Italy and the UK; but we do, happily, face growing interest in our programmes, partly generated by a much wider appreciation in the UK of the attractions of Italian lifestyle, history and culture, by easier travel between the two countries and by a huge increase in the size of the Italian community in Britain and the number of British nationals with homes in Italy. The appetite for knowledge of Italy and its culture (popular and traditional) in the UK has never been greater, as the number of major Italian-themed exhibitions and cultural events in recent times shows. The Society has a small role to play in satisfying this appetite. We should not forget that real challenges remain: Italian studies in academic institutions in the UK are under constant pressure from cuts in funding. The Society continues to do what it can to counter this, for example through the British-Italian Society Prizes and other initiatives.

After 75 years, a strong sense of friendship and common interest (without ideological purpose) continues to bring members, British, Italian and other, together to celebrate and take shared pleasure in our complementary cultures, histories and characters.

Based on an article published in the 2016 issue of Rivista

Our Mission
Our History
Board of Trustees
Constitution
Data Protection Policy