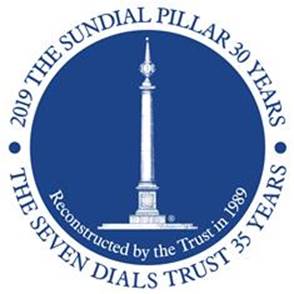 The Georgian period (1713-1830) is regarded as the greatest period of English architecture. However most of London's Georgian houses date from the late 18C, and very little was built in London during the 1730's due to a prolonged recession. 68 Dean Street forms part of a coherent group of houses built by Meard Jnr between about 1720 and 1732. There is nothing quite like this group surviving in London. Meard built one group of small houses, then a second group of larger houses, now all forming 'Meard's Street', and finally three large town houses – 67, 68 & 69 Dean Street. The Meard Street houses were built on the land which originally formed the gardens of just five houses - two in Dean Street and Wardour Street, plus one house in the middle.

68 Dean Street is an exceptional example of the strict spatial and decorative hierarchy which creates the special character and feeling of this period in English architecture. The house has been under extensive restoration since the 1990s. It is now the beautiful home of BIS member David Bieda, who has looked after the property in an exquisite way. David will give us a tour of the house and will tell us the fascinating stories behind 68 Dean Street, including the remarkable discoveries made during the restoration.

We will also have the opportunity to view some special pieces of art collected by David, including prints by De Chirico, Braque and Dali.

David Bieda is Chairman of the Seven Dials Trust, which reconstructed the Sundial Pillar at Seven Dials and has so far raised over £2m for exemplary street improvements and encouraged investment in façade improvements of over £3.5m.

The tour of the house will begin at 7pm. David has kindly offered to provide drinks during the visit.

Please note that places are limited. We will allocate them on a first come first served basis. Should there be a waiting list, we will give priority to members over guests.