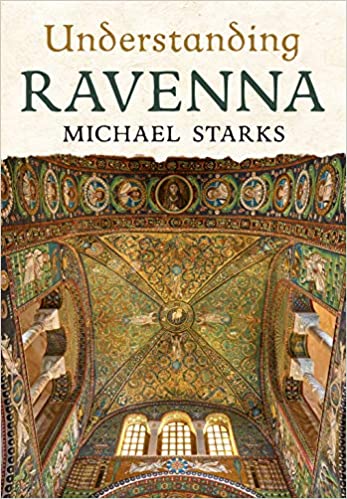 Ravenna has eight World Heritage sites—churches, baptisteries, chapels and monuments dating from the fifth and sixth centuries AD which are renowned especially for exquisite mosaics portraying biblical scenes and figures. They were designed, constructed and decorated over decades during the era of the fall of the western Roman empire, against a tide of invasion, regime change, conflict and a destructive Italian civil war. How did Ravenna achieve such architectural and artistic glory in this era? Michael Starks, in his book Understanding Ravenna, recounts the city’s unique experience as the capital both of the late western Roman empire and of its successor Gothic kingdoms and brings out the important cultural contribution of the kingdom of Italy headed by Theodoric the Ostrogoth and the strong links between Ravenna and the emerging Byzantine empire of the eastern emperor Justinian.

Michael Starks is a published writer and a keen traveller. A history graduate from Cambridge and a former television producer, he is the author of A Traveller’s History of the Hundred Years War in France (Cassell, 2002). Starks has taken a special interest in the ancient history of France and the countries around the Mediterranean, travelling to Greece, Italy, Spain, Turkey, Syria, Egypt, Morocco, and Iran. After a career at the BBC in London, he moved to Oxford to become an associate of the university and a member of Lady Margaret Hall

If you wish to attend this event, please register by clicking the book now button. You will be redirected to our Zoom registration page. After registering, you will receive a confirmation email containing information about joining the webinar. Space is limited, please register well in advance.