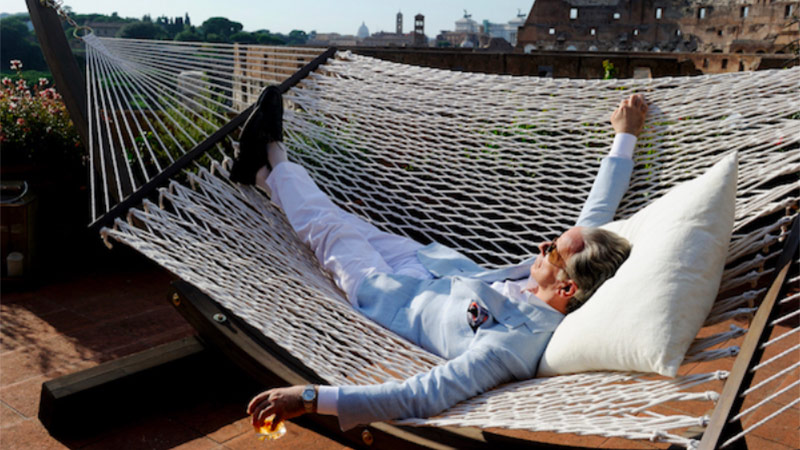 Italian writer director Paolo Sorrentino has, over the last decade, established himself as one of the major filmmakers now working in world cinema. From his breakthrough success with The Consequences of Love (2004), through his Academy Award winning Great Beauty (2013) and most recently his acclaimed TV series The Young Pope (2016), Sorrentino has confirmed himself as one of the most powerful, distinctive voices in modern film and helped to lead a renaissance in the critical and commercial appreciation of Italian Cinema. Adrian Wootton, CEO of Film London, who is also the programme curator of Italian Film for the London Film Festival and advisor to the Venice Film Festival and Noir In Fest, has regularly curated and presented Sorrentino's work in the UK, hosted him for onstage discussions and written about him for magazines, such as Sight & Sound. In this talk, illustrated with slides and film clips, he will explore the development of Sorrentino's work and contextualise him in the modern history of Italian film.

Adrian Wootton is the Chief Executive of Film London – the agency charged with developing the film and media industry in the capital – and the British Film Commission – the unit responsible for promoting the UK as the best place to produce feature films and high end television in the UK. Prior to becoming the Chief Executive of Film London, Adrian was Acting Director of the British Film Institute (BFI), in addition to having been the Director of the London Film Festival, the National Film Theatre and Head of BFI Exhibition. Adrian is a Programme Advisor on Italian films to the BFI London Film Festival, in addition to being Programme Advisor to the Venice Film Festival and Noir in Fest, Courmayeur. He is also Chair of the Advisory Board of Sensoria, Sheffield's Music & Film Festival. He frequently lectures nationally and internationally, as well as curating film programmes and retrospectives for numerous organisations. In 2012, Adrian received an Honorary Doctorate in the Arts and was appointed Visiting Professor of Film & Media at Norwich University of the Arts. Adrian is also a member of the London Mayor’s Cultural Strategy Board; British Academy of Film & Television Arts (BAFTA) and the European Film Academy (EFA); the British Screen Advisory Council (BSAC) and a Board member of Creative Skillset’s Crafts & Technical Skills Academy.

Wine and canapés will be offered after the talk