THE PROMISE OF FRANCIS: The Man, the Pope, and the Challenge of Change – a talk by David Willey 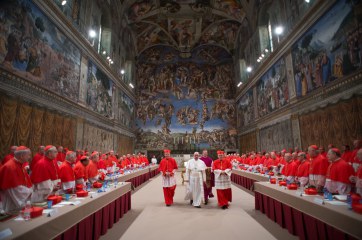 Although he continues to be universally hailed as an inspiring global moral leader in an increasingly destabilized, cruel world, a sense of ambiguity and puzzlement still prevails about how Pope Francis will go down in history.

Is he a true revolutionary and a reformer? Or has he just sown confusion among the Catholic faithful with his off-the-cuff remarks and his tendency, annoying to some aides, to put aside prepared speeches and to speak straight from his heart without getting his doctrinal statements fact-checked?

Will he eventually be declared a saint for stretching out a helping hand instead of wagging a threatening finger at Catholic couples who have divorced and remarried?

Will future Popes judge his lapidary question about gays in the church— “Who am I to judge?”—a cop-out? Or could his reformist pontificate exactly five centuries after Martin Luther nailed his protests to a church door in Wittenberg, sparking the Protestant Reformation, lead to a new twenty-first-century counter-reformation papacy with conservative traditionalists once more in command in Rome?

These are some of the questions David Willey will attempt to answer in his talk to the British Italian Society.

David Willey has reported for the BBC from Rome since 1971 under five Popes: Paul VI, John Paul I, John Paul II, Benedict XVI, and Francis. He is their longest serving foreign correspondent. He also broadcasts about the Vatican for NPR, CBC, ABC in Australia, Deutsche Welle Radio and TV in Berlin, and Swiss and Austrian Radio.

His articles have appeared in The Tablet, The Observer (London), and the Sunday Telegraph. In 2003 he was awarded the Order of the British Empire (OBE) for his services to broadcast journalism.