Leconfield Lecture 2019 – Orazio and Artemisia Gentileschi: Two Italian Artists at the Court of Charles I, a talk by Dr Gabriele Finaldi 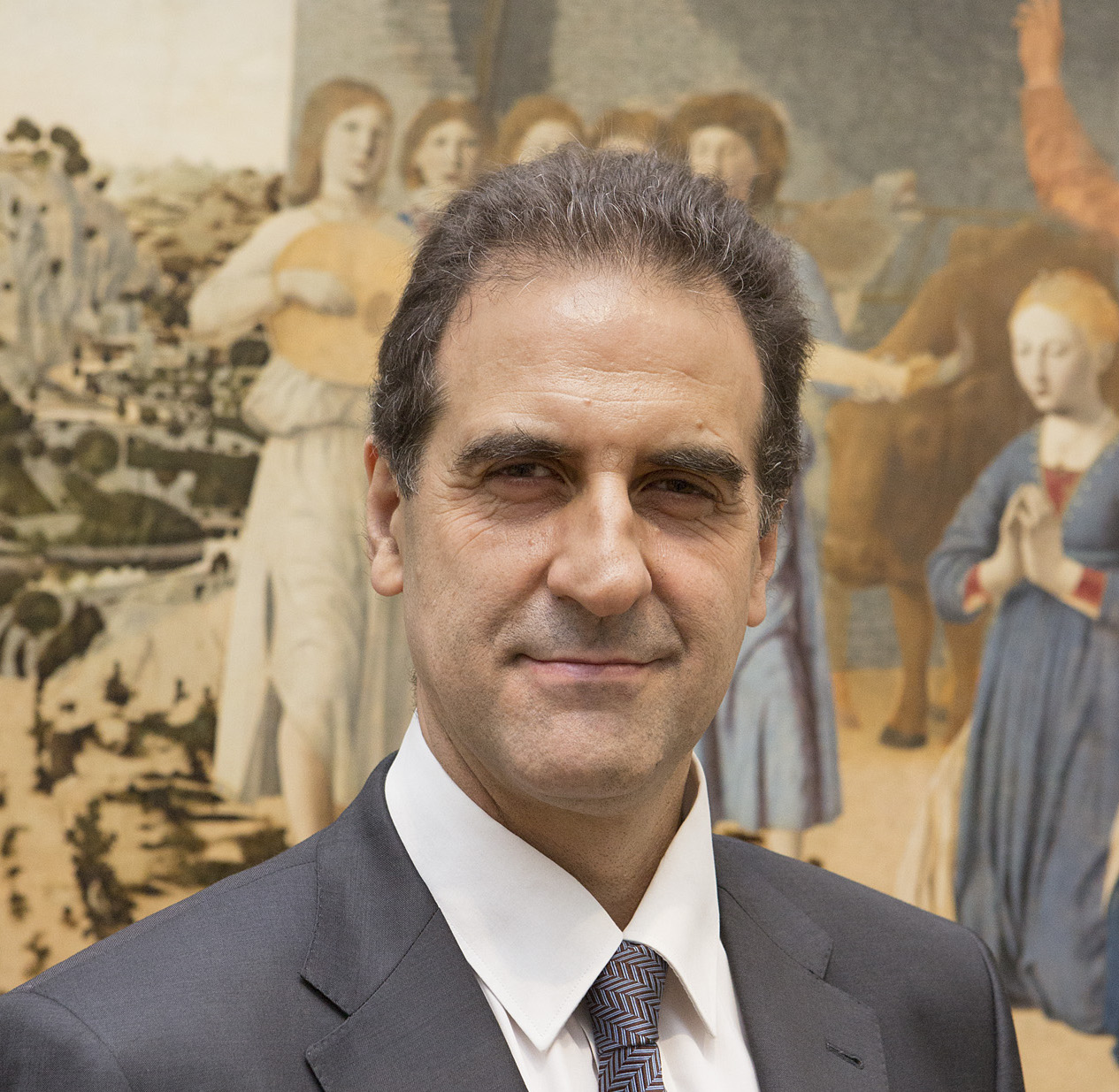 By the time Orazio Gentileschi came to London, he already had an international career. Unlike Guercino, who was reluctant to come to England on account of heretics and bad weather, Orazio saw the opportunity for enhancing his reputation and giving his family solid financial support. Things did not turn out quite as he planned, however. The King lost interest in him quite quickly; but he did find a place in the entourage of Queen Henrietta Maria, for whom he produced some of his finest works. Artemisia joined him in the late 1630s, shortly before he died, and may have assisted him in completing the ceiling of the Queen’s House in Greenwich. As we look forward to a major exhibition of Artemisia in London in Spring 2020, Gabriele Finaldi explores the extraordinary lives and art of Orazio and his daughter.

Gabriele Finaldi has been Director of the National Gallery since August 2015. He was previously Deputy Director for Collections and Research at the Museo Nacional del Prado in Madrid, a position he took up in 2002. Prior to that, he was a curator at the National Gallery between 1992 and 2002, where he was responsible for the later Italian paintings in the collection (Caravaggio to Canaletto) and the Spanish collection (Bermejo to Goya). Finaldi studied art history at the Courtauld Institute of Art, where he completed his doctorate in 1995 on the 17th-century Spanish painter who worked in Italy, Jusepe de Ribera. He has curated exhibitions in Britain, Spain, Italy, Belgium and the US. He has written catalogues and scholarly articles on Velázquez and Zurbarán, Italian Baroque painting and religious iconography.

A glass of wine will be served after the talk

This event will be very popular and EARLY BOOKING IS RECOMMENDED

Should the event be fully booked, we will open a waiting list and we will give priority to BIS Members over guests.