This event will reflect on the unsung power of every migrants’ savings and their contribution to society’s development through the inspiring story of AP Giannini, a common migrant, whose lifelong commitment to social mobility led him to found and grow Bank of America against all odds.

DISCLOSURE: By participating in a BIS webinar or live event you automatically agree to authorise recording of audio and visual content during the event and consent to subsequent use of the recording in the public domain. This recording may include questions, comments and poll responses provided by you during the event in addition to your name, voice, image or likeness. This recording will be made available after the conclusion of the live event as part of the BIS webinar archives, and will remain available indefinitely. If you do not wish to consent to the recording, please do not join the event or contact us to discuss your concerns.

A JOINT EVENT WITH THE VENICE IN PERIL FUND

Formerly a Trustee of the British-Italian Society, Charles Avery is a specialist in European, particularly Italian, sculpture. A graduate in Classics from Cambridge University, he obtained a Diploma in the History of Art at the Courtauld Institute and a doctorate for published work from Cambridge. Charles was Deputy Keeper of Sculpture at the Victoria and Albert Museum (1966-79) and a Director of Christie’s for a decade. Since 1990 he has been an independent historian, consultant, writer and lecturer.

DISCLAIMER:
By participating in a BIS webinar or live event you automatically agree to authorise recording of audio and visual content during the event and consent to subsequent use of the recording in the public domain. This recording may include questions, comments and poll responses provided by you during the event in addition to your name, voice, image or likeness. This recording will be made available after the conclusion of the live event as part of the BIS webinar archives, and will remain available indefinitely. If you do not wish to consent to the recording, please do not join the event or contact us to discuss your concerns.

What food was considered scandalous if consumed by women in public during the Renaissance? Why is carpaccio called carpaccio; the Bellini, the Bellini? How did the Colosseum get its name?

Test your knowledge while discovering surprising new facts about “The Boot”.  An interactive cultural “trivia” challenge for anyone in amore with Italy and its astonishing culture and delizioso cuisine.

If you wish to attend this event, please register by clicking the “book now” button. You will be redirected to our Zoom registration page. After registering, you will receive a confirmation email containing information about joining the webinar.

PLEASE NOTE: we are not making any formal charge for participation in this event. But we strongly encourage all those attending to consider making a donation (we suggest a minimum donation of £5 per event) to enable us to maintain our programme of events and to support our other cultural initiatives.  If you are able to make a donation, please use the relevant button on the right or arrange a bank transfer to: 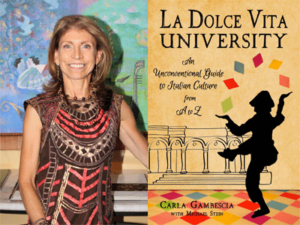 Please note: due to social distancing restrictions and limited space, this event is reserved to members only
Sergio Leone’s film Once Upon a Time in the West (1968) was intended to be the “ultimate Western”- a celebration of the power of classic Hollywood movies, a meditation on the making of America, and a lament over the decline of one of the most cherished film genres – in the form of a “dance of death” memorably scored by Ennio Morricone.  It was also an exploration of the relationship between myth (Once Upon…)  and history (…in the West) and of Leone’s own memories as an avid filmgoer who in his youth in Trastevere loved Westerns. Since the film was first released (to lukewarm reviews), its reputation – among film-makers, critics and cineastes alike – has grown and grown, to the point where it is now considered one of the great Italian films. One celebrated example: Quentin Tarantino recently recalled “This was the movie that made me consider film-making…but more, how to make an impact as a film-maker”.
Illustrated with rare one-set photographs, production designs, and discoveries from the Italian archives, this lecture will share new perspectives on the film and will discuss its changing reputation.

Sir Christopher Frayling is an award-winning broadcaster, writer, educationalist and perhaps the most wide-ranging cultural historian of our times: the author of numerous publications on subjects ranging from vampires to Westerns; the writer and presenter of successful television series, whether on advertising, the Middle Ages or Tutankhamun. He is a Fellow of Churchill College, Cambridge, and was Rector of the Royal College of Art, London, from 1996 to 2009, where he remains Professor Emeritus of Cultural History. His many public appointments have included Chairman of Arts Council England; Chairman of the Design Council; and the longest-serving Trustee of the Victoria and Albert Museum.

A House in the Mountains is the fourth and last volume in a quartet about resistance in Italy and France, before and during WW2.  The first two volumes A Train in Winter and A Village of Secrets covered the stories of 231 French women who were sent to Auschwitz and the way that villagers on a plateau in the Cevennes set about saving the lives of people hunted down by the Vichy government and the occupying Nazis.  The first Italian book, A Bold and Dangerous Family was about how two brothers and their mother, the Rossellis, opposed Mussolini,  and paid for it dearly. This last book covers the period of the civil war in Italy – September 1943 till liberation in April 1945 – when partisans rose up to fight the fascists and the Germans who had occupied Italy. Among these were large numbers of women, and A House in the Mountains follows the lives of four women in and around Turin and their friends. They were terrifying times.

Caroline Moorhead is a historian and biographer; author of lives of Betrand Russell, Heinrich Schliemann, Martha Gellhorn, Mme de la Tour du Pin, and most recently a quartet on resistance up to and during WW2 in Italy and France, of which the last is A House in the Mountains.  She is now working on a book about the fascist years in Italy, told through the story of Edda, Mussolini’s eldest and favourite child.  She is also working on a book on human rights, Human Cargo, A Journey among Refugees.
She reviews for the TLS, Guardian, Wall Street Journal and has co-produced a series of programmes about human rights for the BBC.